Ledi Sayadaw is one of the great Theravāda-buddhist monks of the last century, praised for his knowledge of the Abhidhamma but also for his emphasis on the practice of meditation.

He got his name from the intensive meditation he practiced in the Ledi forest where he later also taught meditation. Ledi Sayadaw is seen as one of the founders of the modern vipassanā-movement (the new Burmese method) which was later taught by Mahasi Sayadaw.

It is striking, however, that Ledi Sayadaw also puts a lot of emphasis on samatha (concentration) in his books. In a clear tone he expresses his amazement at the lack of concentration among his contemporaries, which he saw as essential, and repeatedly speaks about developing samatha and vipassanā (concentration and insight), and not just vipassanā alone.

This work is a fantastic, direct and very confronting book on the 37 factors of enlightenment (Bodhipakkhiyadhammā). There is no escape from the energy that Ledi Sayadaw transmits. 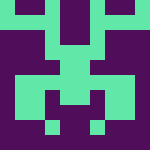 Looking for more information? Here is a selection of related posts we can heartily recommend.

While you are here…

… we'd like to ask you something. This website is made out of love for Buddhism and Buddhist meditation. We strive to make the teaching of the Buddha as clear and correct as possible and to make it accessible to anyone who is interested, without commercial intentions.

In order to maintain this website we need your support. Every amount, small or large, is of great value to us.

On our donation page you can make a one-time donation of at least 10 dollar via credit-card. If you want to donate a smaller amount, or if you want to transfer something periodically, please do so via your own bank environment to NL19TRIO0379724820, the Buddho Foundation.

Thank you so much for your generosity!

Send this to a friend